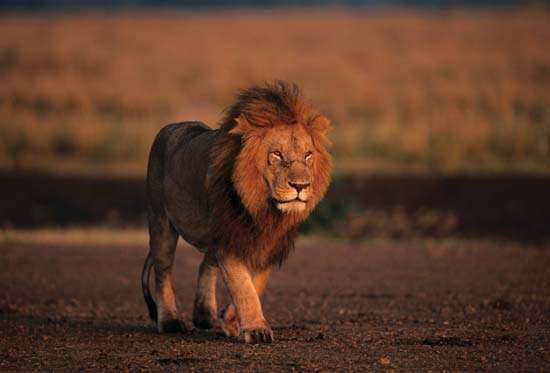 The Lion is a distinct animal in the forest and has been a symbol of strength and power. Myles Munroe once said that an army of sheep led by a lion will defeat an army of lion led by a sheep.

Yeah! you know what sheep does; runs away with little scare, bleats and its voice can hardly be heard from afar, waits to be fed and its comfortable to be kept in a pen. And the rest you can think of.

It is the King of the Jungle. It sees the elephant and thinks of food. yeah! that’s what am talking about. It is strong, courageous, and powerful. It is fierce and you dare not joke with it. It carries itself like a royalty and mingle with other lions. The sheep and lion will never have same agenda because they have different perceptions about the world.

Are you living as a sheep or a LION?

The statement by Dr Munroe depicts the importance of leading/or living as a lion and its so important because that is how God made you.

I read where a lion’s roar can be heard up to 8km away. With this in mind, just imagine how terrified your enemy would be when you activate your natural instinct. The enemy will flee before you get there. News about you should scare some people, especially those who wish for you to be destroyed, humiliated, defeated, etc. But if you are going to behave like the sheep and run from pressure and be afraid of people, then your enemies are going to win. C’mon! ROAR to scare your enemies off today and know that there is nothing to be afraid of. Hallelujah!

God Has A Plan

One Day at a Time is a powerful tool. Do what you can Today and Prepare for yourself for another adventure Tomorrow.