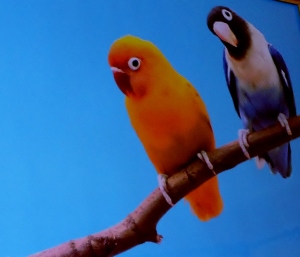 When hope is lost, I believe one act of kindness could turn things around.

Thank You Father for Your gift of life today, and it is my prayer that You open our eyes so that we do not miss the hour of Your visitation. Amen!

I want to talk about Peter today. Luke chapter 5 tells a story about Peter, his companions, and Jesus. From the story, Peter had worked for the whole night and he could not catch anything. He thought it was all over and I believe he probably might have said “today is a bad day, nothing in the net. Let me wash me wash these net and go home”. In the natural, there was no hope. However, something happened; a man showed up and asked for a favour. He helped this Man. Peter did not for anything but the Man said “Put out into deep water, and let down the nets for a catch”. I would have said the same thing as Peter did and even added more. My version would have been; “hey man, do you know what you are talking about, and by the way, what experience do you have in fishing. I had worked all night. It is time for me to go home. Thanks but no thanks”.

Logically, it would be unwise to do what the Man asked Peter to do but Peter obeyed and the response was marvellous. Things turned around for good. He regained his hope and even called for help.

Friends, life may throw so many challenges at us. You might have tried so many things but have failed to produce a “single fish”. I could say you are discouraged because you do not see any hope in what you are doing. It could be your job, relationship, family, etc. I pray you do not let that situation hinder you from doing good to people. Abraham helped some strangers, who happened to be angels. And Peter helped a man, who happened to be the Son of God. Some years ago, I helped a woman. I gave her money for transport. Something strange happened; after I had given her the money, I turned after some seconds and she was nowhere to be found.  Friends, I ran because I thought I had seen a ghost. Later, I heard a voice telling me she was an angel. The good news was I received something I had been praying for so long through miraculous way.

I want to encourage you that do not let your situation hinder you from helping people because ONE ACT OF KINDNESS could turn things around for your good.

I will close with what Paul said in Hebrews 13:2;

Don’t forget to show hospitality to strangers, for some who have done this have entertained angels without realizing it!